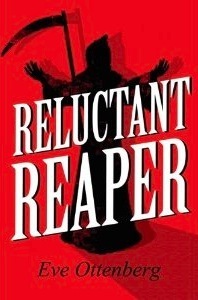 When Winnie Teitlebaum decides to commit suicide, little does she anticipate that she will be interrupted by a burglar. But she is, and her suicidal concentration is shattered. Thus begins the rather wacky relationship at the center of Reluctant Reaper, a comedy about a group of zany suburbanites, some of them quite adle-pated, some rather nuts. Some are elderly, with one foot literally in the grave. Set in Maryland in the summer of 2009, amid swine flu hysteria and the first steps of a new president, this novel portrays hypochondriacs, the Alzeihemer's afflicted, several petty criminals, colorful eccentrics and one raving lunatic, all thrown together whether they like it or not. And when they don't, they are not shy about vociferously, hilariously complaining.